Hello
I am an Amazon Affiliate who needs to embed some code into a bookstore page on my Sparkle Website. In a previous version of Sparkle, I had no trouble viewing and embeding Amazon affiliate code using the embedding block to insert the necessary code.

All of a sudden everthing has stopped working and the code does not display in preview mode. And also does not appear on the live version of the site. HELP!!

Hi @CoffeeBean, need more details. What’s the embed code? What’s the address of a page with that code in it?

The page with the code is:
http://www.nonstatquo.org/bookstore.html

And screen shot of page as it is laid out in Sparkle:

There are four “pieces” code snippits. Each for a book or DVD that relates to Amazon Affilitates code. This is one of them: 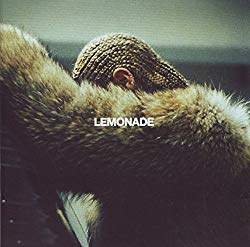 Yeah I think any issue with the site can be attributed to amazon or to ad blockers (I observed both instances).

One question, Ad blockers would prevent me from seeing the code on Sparkle while coding? Hard to be able to check placement and decide layout.

Sparkle renders web content without ad blockers. There still can be cases where rendering doesn’t work well, beyond Sparkle’s control. Hopefully the rendering looks reasonable most of the time.

I also just came across this…
I googled Amazon and adblockers. It appears that Amazon will block it’s own ads in order to shape profit numbers… It appears they will block their own ads that they let you generate if they deem not profitable enough.

" As Amazon steps up its effort to show Wall Street it can generate profits, the e-commerce giant is aggressively blocking money-losing products from advertising on its site.

In recent months, Amazon has been telling more vendors, or brand owners who sell their goods wholesale, that if Amazon can’t sell those products to consumers at a profit, it won’t let them pay to promote the items. For example, if a $5 water bottle costs Amazon that amount to store, pack and ship, the maker of the water bottle won’t be allowed to advertise it."

@CoffeeBean, That wouldn’t surprise me! The same can be said for google adwords! These large corporations only exist for mega profits so they will work it so to make it so!