Setting up paypal with code embed

I have tried everything (well, probably not), to embed the html code from PayPal to add a complex, multilevel series of buttons into my Sparkle webpage. It looks great during construction, I then hit “publish” which saves everything to a folder on my Mac. Then, using FileZilla, I upload it all to my host’s (Siteground) server, go to the site, and all I see is a grey box with a few lines of code - Help!

I have moved this to a new topic as you are using Paypal’s code, the other topic was about using Sparkle’s built-in paypal component.

Generally to get better support you should include either screenshots of what you have attempted, or a link to a site, or better both.

It sounds like you might have added the code in text blocks in Sparkle. For code embedding you should use Sparkle’s embed element.

Thanks for moving my question, duncan - this is my first request for help so I’m a true noob. As for the method I used to add the PayPal button to my site, I did use the “embed” function as directed. Here is a screenshot of how it looks on the web: 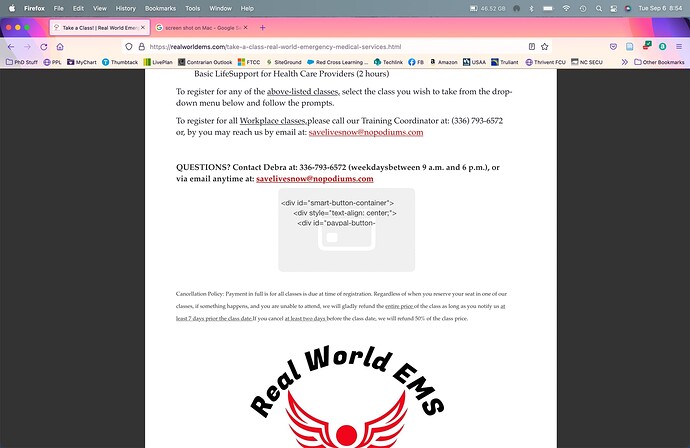 I have tried to setup the “publish to the web” method but even though I select the “public_html” folder, Sparkle will not complete the connection. I’m not a big fan of FileZilla but it still feels like the only way to upload my files. 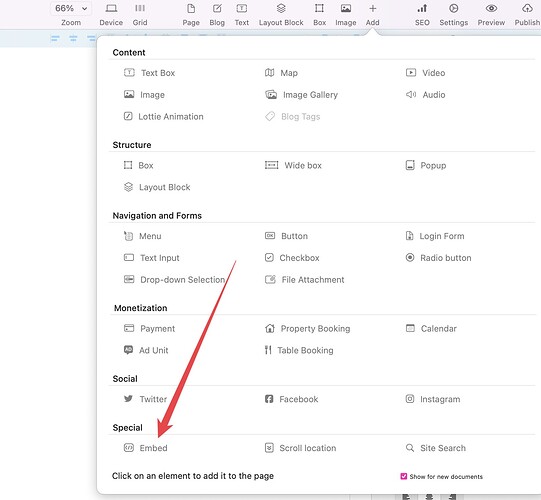 then paste the code in the embed element settings: 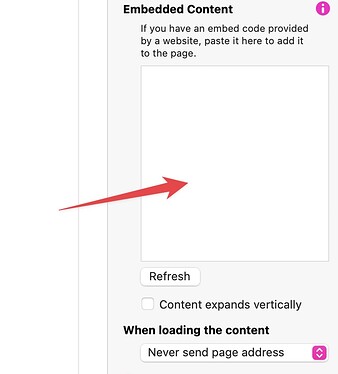 Yep, did all that the first time. 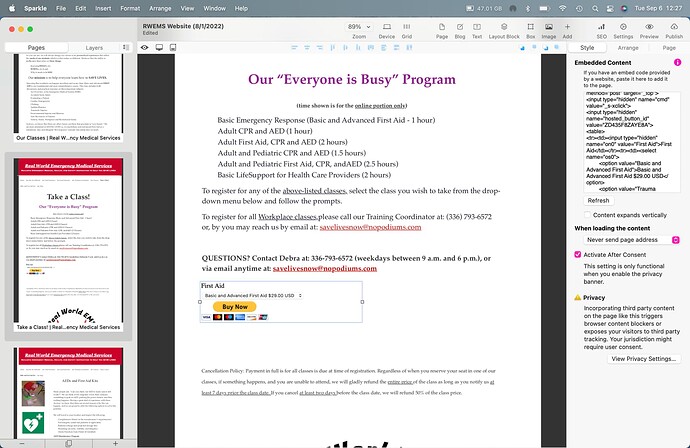