The size and resolution of the video is not the problem. I and my clients use much larger higher resolution video without problems.

What did you change on the page containing the video?

I created a new copy of the video in iMovie to correct a typo in a title. Then I went to the page in Sparkle and replaced the video. The file name of the new video is the same as the old video (so it basically over-writes the video file at my host (A2 Hosting).

Great! The video was not the problem and there may or may not have been a latent bug that’s been cleared. By going through these steps and uploading a re encoded video you also forced a clearing of you web server (host) cache.

Now you have a new operating system (Big Sur) running a new version of Sparkle and you re encoded the video in an updated version of iMovie. From a versioning standpoint you’re balanced.

The memory usage shown by Activity Monitor can be slightly misleading. Sparkle was between 3-4 gb while Big Sur was using the balance to get you to 40gb. This is because of the inefficiency in the Intel CPU/GPU. Also, Sparkle was saving/autosaving and compressing while Big Sur was processing all the while uploading was in process. There was a lot going on here that took some time.

I used HandBrake with the settings shown in your post. I made a screenshot of the two side by side (see attached). Note that the original (shared from iMovie) is 570 MB and the one from HandBrake is 503 MB so not a lot of difference, but the image quality is very good.

Thanks for the information. I don’t see that Sparkle is only using 3-4 GB and Big Sur is the rest, but I’ll take your word for it. If, by “embed your video in Sparkle” you mean adding a video to a Sparkle video box on a page, that is what I always do, but with the video file stored in its original location. It does work very well.

Now we’ll see what happens the next time I publish a page.

Thanks for all your help!
Jay

Store the video in Sparkle, not its original location or an outside service. When you store video outside of Sparkle or with a service like Vimeo/YouTube you introduce additional points of failure and increase load times as you have to pull the video from additional locations across the internet.

If during the publishing process there was any interruption or delay in accessing the video, this alone could have caused your problem. I see this often.

By the way, Handbrake isn’t going to give you any benefit over the updated version of iMovie. You’ll lose far more in quality over what little you’ll gain in compression.

It would be interesting to see what export settings you used in iMovie. Very often, iMovie can export a good high quality video that is of a reasonable size without the resulting file being too large. As @thetravelhikelife points out, iMovie is probably the best option for maintaining the quality you need and certainly, any further optimisation in something like Handbrake should aim to preserve the resolution you used when exporting from iMovie.

Degradation usually occurs when the movie is exported from the original application at one resolution and then reprocessed at a different resolution in another application. You have to try and maintain consistency throughout the processing stages.

Here are my setting when exporting the original file from any of my video applications (this one was a custom display size rather than a built-in standard size). 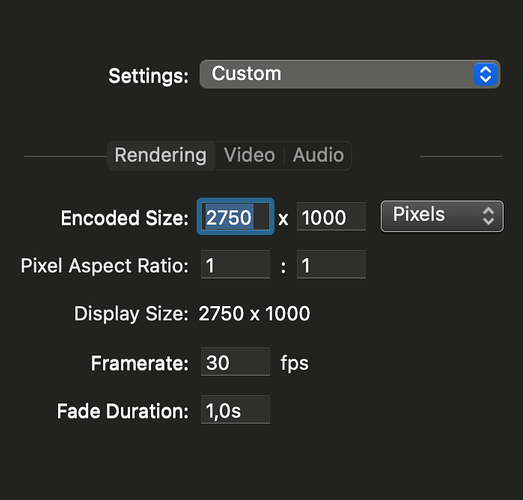 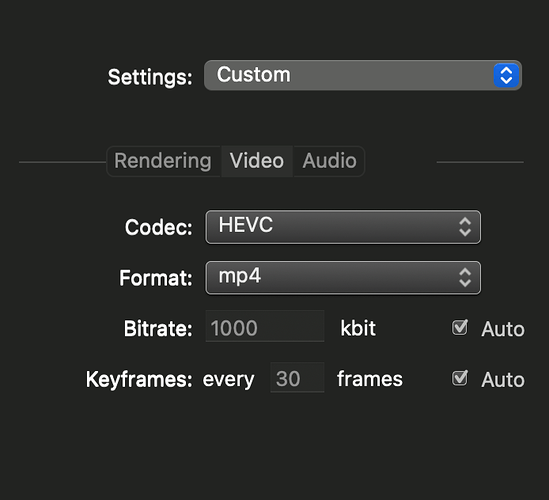 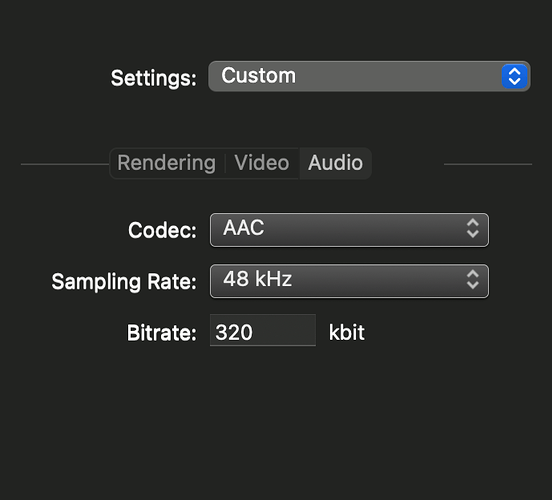 The advantage of putting it through handbrake, for me at least, is to ensure that the video is web optimised in terms of its streaming capability. Some video files when output from the originating application do not add this option, which often means videos have to be downloaded in full before they start playing.

I just use the basic, lowest resolution settings in iMovie. It still gives reasonable resolution when viewing full screen… 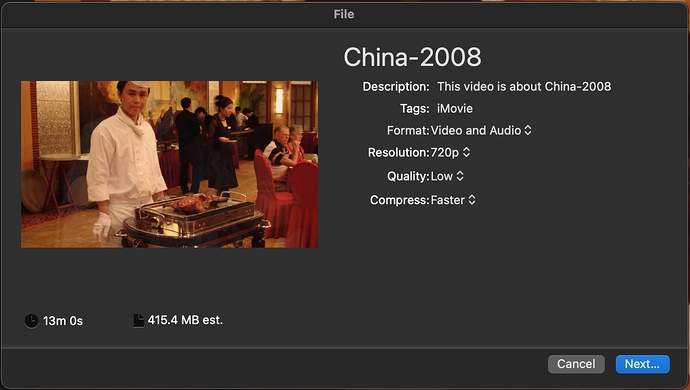 I started storing all the videos in Sparkle, but I have a lot of videos (about 40GB) and it was taking forever to open Sparkle, etc. I put all the video files in one folder in the Sparkle folder so I know where they all are. Also, I’m aware that changing the location of the videos will create problems for Sparkle to find them.

I made another change to a video and republished it. It had the same problem of using the “Poster Image” from another video. I just replaced the video (didn’t delete the video from the page) and added the new one. Also, the file name of the new one is the same as the old video file name. It isn’t a browser/cache issue as it displays the incorrect poster image using different browsers (some that have never opened that page) on different devices (2 Macs and and iPad).

Next I deleted the video from the page, re-added it and published again. That worked (as it has since I first ran into this in Sparkle 2).

Thanks again for all your help everyone.
Jay

…I also cleared the publishing cache in Sparkle before re-publishing.