Hello everybody, six years ago today we released an embarrassingly plain, simple and immature Sparkle 1.0. Almost unrecognizable. And rather buggy.

This is going to be a huge year for Sparkle, with the release of Sparkle 3. We still don’t have a date but I promise it’s not far.

So I think it would be fun to talk about a bit of the early history in the mean time.

April 24th, 2014. Development had started only a few months before, around mid September of 2013. We had experimented with a couple different ideas, talked to designers, but we bit the bullet and started with the foundation of the Sparkle you know today in September.

Still undecided on what we would do exactly, we started with a rough testbed application that would help us work on the underlying layout engine, this was the status in late September:

That quickly turned into something we wanted to try to ship, so around the end of November 2013 we already had this: 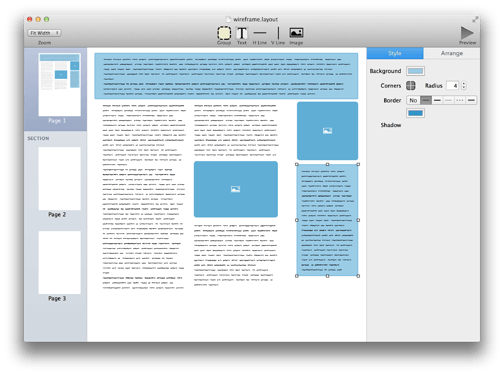 Then come January 2014 we were able to begin mocking up websites that we had been working with conventional tools previously (Prototypes was actually a previous Mac app I had built in 2011): 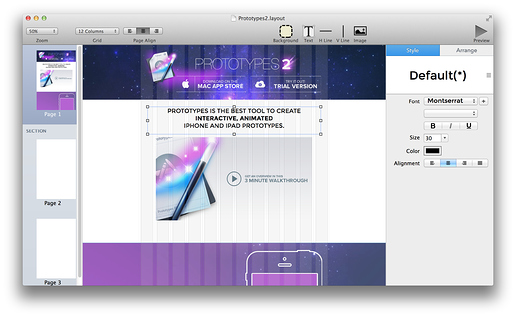 Looks like by February we still hadn’t added multiple device support (but were working on the toolbar icons): 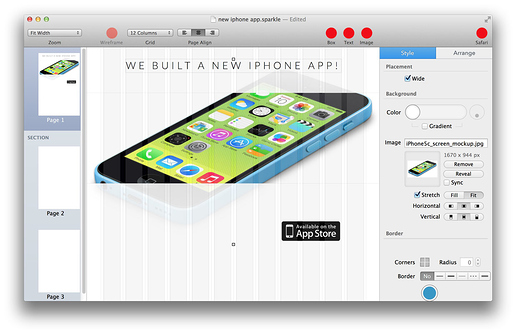 By late March we had a mostly final Sparkle 1.0 interface, with bugs to fix, but it was all there:

One quiet Sunday morning I put together a beta video, awkward voice over and odd user interface choices all still there:

And this is how we announced Sparkle 1.0 to the world: 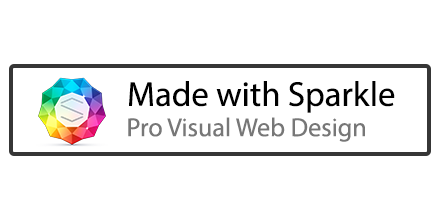 I’ve been on this journey with you for at least three years, and Sparkle is thus far handling my 330-page website (https://cedrus.com) with aplomb. Can’t wait to see what version 3 brings.

Best wishes to Sparkle from Berlin!
Carry on with your invaluable work and let your creative juices flow to our delight.

You guys have come a long way from the earlier days and it is just great to see over that time how Sparkle has matured and is holding itself against the “big boys”! But even more so love how you have stuck to your vision in making Sparkle what it is - a kick-ass free flowing web design platform that is an absolute dream to use!

I know for me I’m going to LOVE Sparkle V3 with all its well thought out goodies!

So a big thank you to the Team behind Sparkle! And now go and enjoy your cake!

@duncan You made a very nice course! Congrats!

While I may have lost certain business clients in turning away from the WordPress crowd, Sparkle has opened up so many new business opportunities — particularly in terms of tutoring and coaching people to take on website publishing themselves. For me, that has been the key advantage, and has literally rewritten my business plan a few times (and that’s good).

There will always be the enticing quanta of new versions to look forward to, but I revel — almost daily — in Sparkle’s solidity and reliability just as much. It’s so much better than any major developer like  or MS could achieve.

Encore! (but not until you’re good and ready!)

Bon anniversaire Sparkle!
6 busy years … with a colossal number of daily updates … what determination to achieve perfection. This is simply called passion! For us now it’s impatient to wait for the number 3 … a screenshot soon?

Congratulations! Great to hear the backstory. I joined in in September 2015, when as an Apple employee you got a free licence. It has taken away a major concern of my life (looking for a great web design app) and loving it ever since!

Hi @duncan and team! Happy 6th birthday! I’m not sure how long I’ve been using sparkle but its at least a few years, in that time creating 3/4 websites that are live and I love each one. I’ve really enjoyed the journey so far and like @greenskin cannot wait for v3 - like all releases ! Please keep up the excellent work and the fantastic support you give your customers. Congrats.

Bravo Sparkle! It’s good to hear your history. I just started using the application this year, and I love it, so I am excited to see Sparkle 3. I am a database programmer, and I wanted an application to build my web site for my company that paid the same attention to detail that I love without me having to code it. Sparkle fit my needs beautifully, and I am so grateful that I found you. 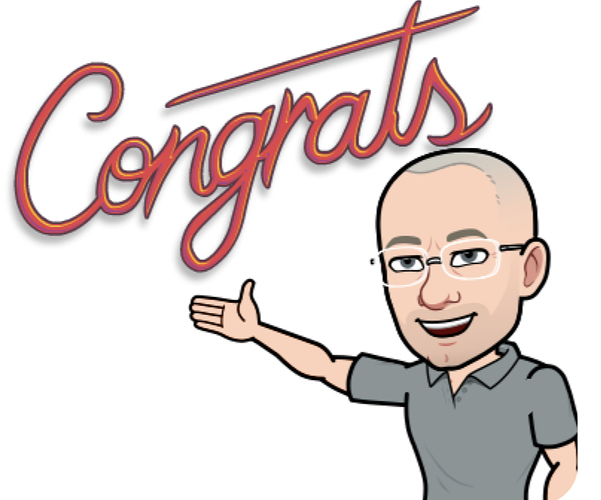 Hello,
Here from Belgium.
As a former IWeb User, I am more than happy with Sparkle.
You did a fantastisch job.

Happy Birthday Sparkle, i have not much time to practise but it all looks so smooth and im stil grateful for Duncan to help me!
can’t wait to find time to explore!

I am very happy with Sparkle. Super!
Keep up the good work and I’m really looking forward to version 3.
And I hope to visit Italy in July if possible.

Really great work !
I used to work on Flash and had left Webdesign 10 years ago hoping for better days. Seems like these days are on their way back.

Thank you for sharing these memories. I only met Sparkle a couple of years ago and I’ve been in love with him ever since! I can’t wait to get my hands on version 3!
Thank you guys for what you do for us!

Thanks for all the hard work that went into Sparkle! An amazing tool. I use it almost daily and cannot wait for 3.0!

Congratulations from America. I am sooooo happy that I found Sparkle. Before Sparkle I had a web guy that did everything in Dreamweaver and if I wanted something moved on the page or something added, I had to draw what I wanted and take a picture and send it to him. Then he would do it and of course, I wanted something a little different because I had thought more about it. Anyway, I love that now I can add and move and change images and embed code (I don’t understand… but I can do it). Sparkle has given me so many hours of creative pleasure. I can’t say enough about how accessible Duncan is when I have a question. I wonder if he ever sleeps and if so… WHEN!!! Thank you Duncan and your team.
Your very needy friend,
Jan